Woah - we're halfway through the lecture phase! Our DTS is just flying by!

We as a DTS decided to go into London to go to the Hillsong Church, and do some sightseeing.  The church wasn't really my cup of tea, but the others enjoyed it quite a bit! 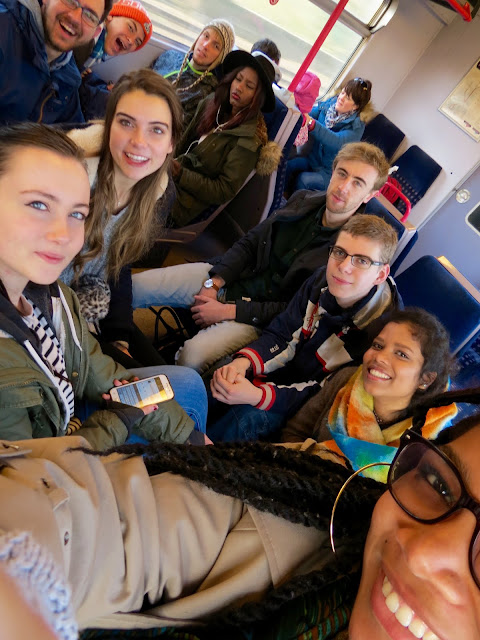 On the way to London!

We spent some time on the Underground and the trains getting to where we were going - London is crazy! However, by the end of the day, the system looked manageable!  After Hillsong, we headed to the Thames River, and walked along the Queen's Walk.  We saw the London Eye, but the wait was going to be about 2 hours (probably since it was Valentine's Day and all), so we didn't get the chance to go on it.. But that's ok! We also saw Big Ben, which was one of my highlights! Lots of street performers, and we even got a selfie with Charlie Chaplin (photo in last week's blog).  After the Queen's Walk, we headed over to London Bridge - let me just say that that was a disappointment - growing up, I've heard the nursery rhyme "London Bridge is Falling Down" many times.. it's nothing fancy! However, the bridge I thought was London Bridge (Tower Bridge), was much more exciting, and was just down the river a bit! 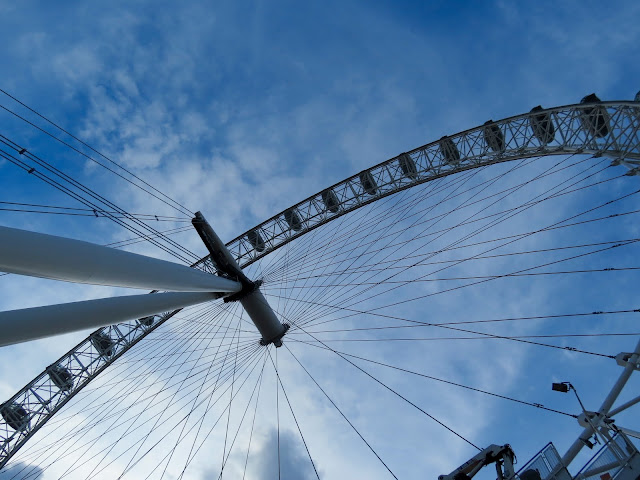 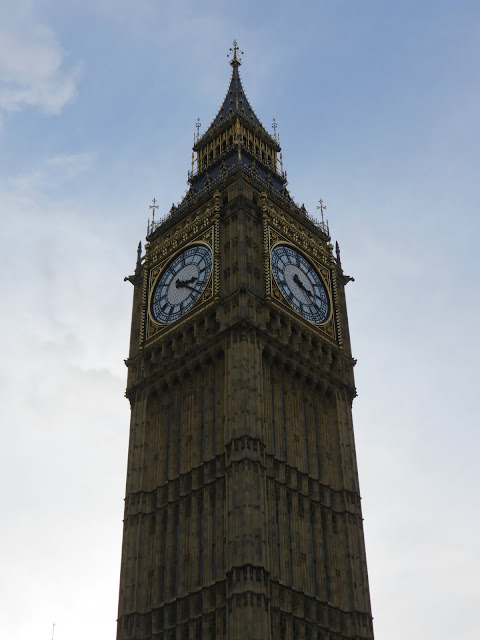 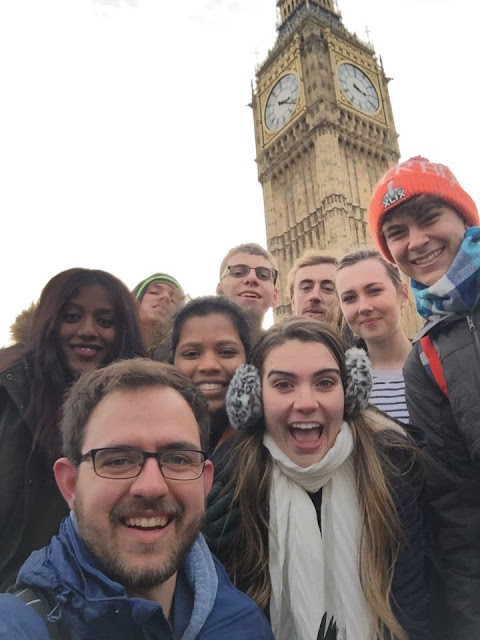 We tried getting a group selfie with Big Ben! 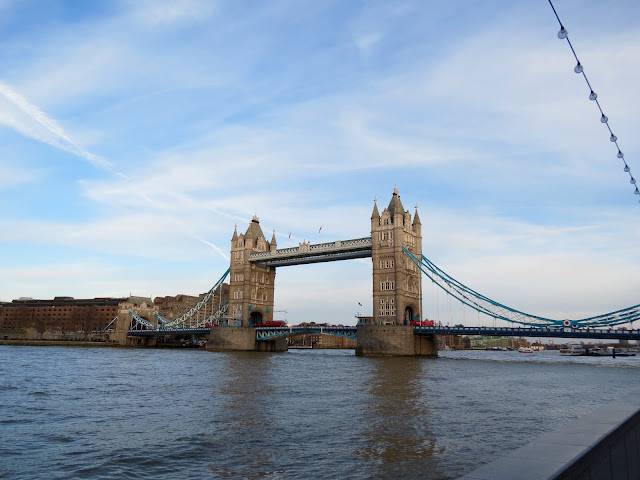 After seeing Tower Bridge, we were freezing cold, so we headed over to the National History Museum - a free museum in London - we only got 20 minutes in there before it closed, but it was still pretty neat! That was when we got stuck in the Valentine's Day traffic.. headed over to King's Cross station to grab some dinner, then headed back for the night.  We were out for almost 12 hours, and were exhausted by the time we got back! However, we weren't done for the day, our staff had hidden clues and treats around our building for us to hunt down, and when we got it all together, we had some crumpets with Nutella and peanut butter - it was a good day. 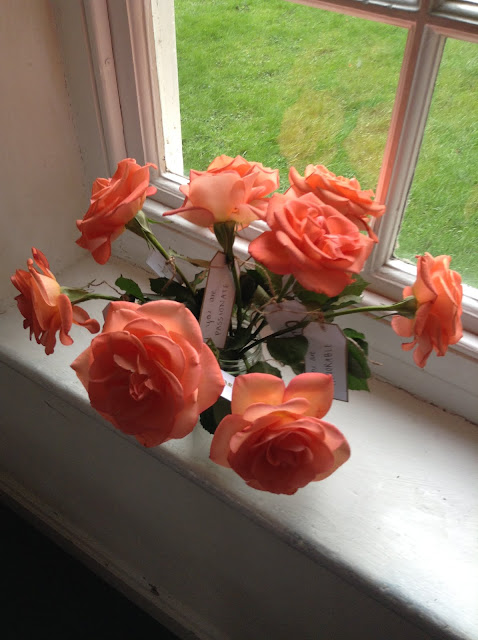 We each got a rose on Valentine's Day - they've been blooming nicely all week!

Our speaker this week was Johnny Dixon (and his wife Traci), and he was speaking about the Father Heart of God.  There wasn't that much "material" that we covered, the focus was more on realizing just how much God loves us, and wants to have a relationship with us.  On Monday, we focused more on the Trinity, and how they work together, and that they existed together right from the beginning.

Genesis 1:1-2 "In the beginning God created the heavens and the earth.  Now the earth was formless and empty, darkness was over the surface of the deep, and the Spirit of God was hovering over the waters."

It's just really cool to see the Scripture so much more clearly! Johnny was mentioning how those of us who grew up in the church 'suffer' from Sunday School Syndrome - we've been exposed to the same stories in the Bible so often that we often don't realize just how profound they are!

During the last lecture session on Thursday, we talked a bit about relationships with our earthly parents, and how that can affect how we view/treat God.  We then had an hour of quiet time to just talk with the Holy Spirit, and allow Him to reveal to us the things that were in our relationships with our parents that were hindering our relationship with God.  We then turned it over to Him, and asked for forgiveness for allowing these things to come between us.  It was a pretty sweet, but intense time for most of us!

On Friday, we went back to Luton for local outreach - my partner and I felt led to buy some hot chocolates, and give them out on the street.  We ended up meeting some people on the street this way, one man just lost his job, and doesn't get along with his mother and sister, and is now on the street, and another very young girl (20) had just moved to England, and had only been here for a week - she didn't speak much English.. It was sad talking to them, and we prayed for some of them in the moment, or we prayed for them afterwards.

Later on Friday evening, I was invited to the ECO (English Cultural Orientation) School's culture night (they have one every week), that night's culture was Brasil! There are a number of Brasilians in the program, and on staff, so it was a very festive atmosphere! Got to try some Brasilian dishes and desserts (the one dessert is called brigadeiros, it's amazing, and the Brasilians couldn't get enough of it!).

"The LORD your God is with you, the Mighty Warrior who saves. He will take great delight in you; in his love he will no longer rebuke you, but will rejoice over you with singing.”
Zephaniah 3:17

Posted by Stephen Wright at 7:14 AM