As of today, I have been in England for a week! Crazy.. So much has happened this week, so I'll try to cover the basics.

As I mentioned a bit last week, Sunday was Arrival Day for most of us, however we had two more arrivals this week, one from Ghana and one from Hawaii.

On Monday morning, we had worship in the chapel on grounds, then dealt with some paperwork and legalities for our being here after.  After lunch, we took a tour of the grounds, and had an orientation of our residence building. 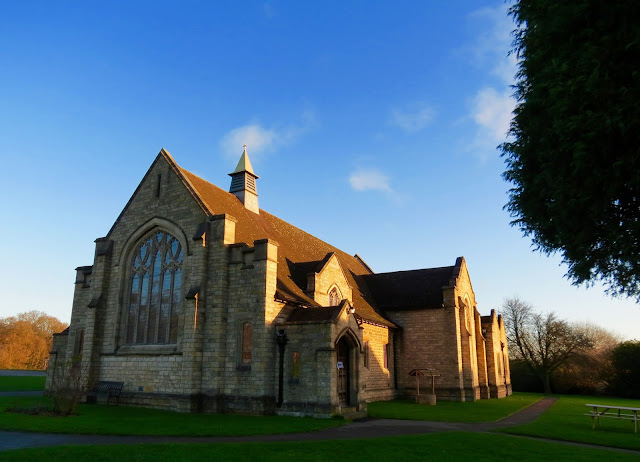 The chapel building that we meet in multiple times a week

Tuesday was also full of more orientation, guidelines, schedules, etc.  On Tuesday evening, we met in the chapel as a YWAM community for a Community Worship night.

Wednesday, we had worship in the chapel again, then a session on Quiet Time after.  Although having quiet time with God is not mandated in Scriptures, there are so many examples of Christ spending time with his Father (Matthew 14:23, Mark 1:35, Luke 5:16, Luke 6:12, Hebrews 5:7).  If Jesus had to do this, how much more do we?  We also had a session on Work Duties in the afternoon.  Since we are such a large base, we all have to put in our part to help keep it running.  There are Work Duties after each meal, cleaning up dishes and BB Hall (where we eat).  Some people have work duties in the Clock Building (where the Cafe is, and our offices mostly are), and some have Work Duties in 9 (Building Number 9 - where we sleep and hang out most of the time).  I got the short straw and got Breakfast Work Duty! It is a double-edged sword - I have to wake up early (6:15 - most of you that know me know that I am NOT a morning person!) to be in the kitchen before 7, to set up the supplies and hot drinks for when people come in for breakfast.  However, having the breakfast Work Duty means that I have the rest of the day free when other people have their work duties! I've learned to start taking naps in part of that time now.. Sleep is something you really learn to appreciate here!  In the evening, we had a "special meal" with our DTS and staff - pizza dinner! It was a good time of getting to know one another.  After dinner, we had a time to tell each other our stories and where we come from.

Thursday was my first day doing my work duties.  Ivy, our kitchen manager, gave me the run through, and everything went smoothly.  After breakfast, we had a lecture from another staff on base, Wendy Snell, on Hearing God's Voice.  After Tea Break, we had a lecture on worship from Bowers (our 'main' staff leader - people on the base call him by his last name).  Basically, the short version of what we consider worship to be is that worship is an extravagant response to a revelation of who God is.

Friday, we had worship once again, and a time of prayer for the Muslim communities around the world.  We had a lecture in the morning on our Belief Tree - basically, in the model of a tree, the soil represents our worldview - the way that we see the world, the roots are our basic beliefs - they grow out of the truth of God's Word, the trunk are our foundational values, the branches our principle-based decisions and policies, and finally the fruit represents our actions.  After tea break, we had an introductory session on intercession.  We described being a Christian as having a friendship with God, however, in a normal friendship with another person, communication has to occur; it's not just a one-way thing. Intercessory prayer is when we listen to God's voice, and we pray on behalf of others.  This was a very eye opening lecture, and I still haven't fully processed everything we heard, however one key quote that really stood out to me was that we should "trust more in God's ability to speak than our ability to listen.  If He needs to make Himself heard, He will make Himself heard."  That afternoon, myself and another trainee went into town to pick up some stuff from the store - that was my first time off base since we arrived! Later in the afternoon, we had an orientation session about Local Outreach.  It was also quite eye-opening.  That evening we continued sharing our stories, and still have a few more people to get to. 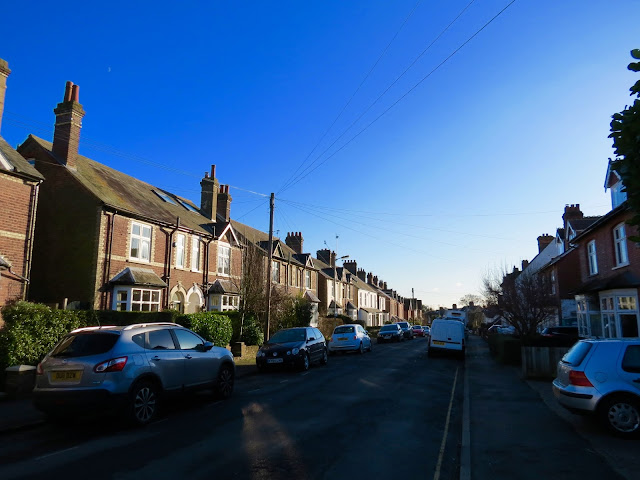 Saturday! I was on Breakfast for Weekend Watch (Like Work Duties, but we're switched up between positions every weekend), then we went into a local town to tour around a bit.  We went to the cathedral there - St. Alban's Cathedral - it's used by many parishes in England.  St Alban was executed for his Christian faith sometime around 250 AD, and people started to worship Christ on the location shortly after the time.  Quite interesting history surrounding the location!  When we eventually returned for the evening, we were all so exhausted! Most of us napped and slept for the rest of the day. 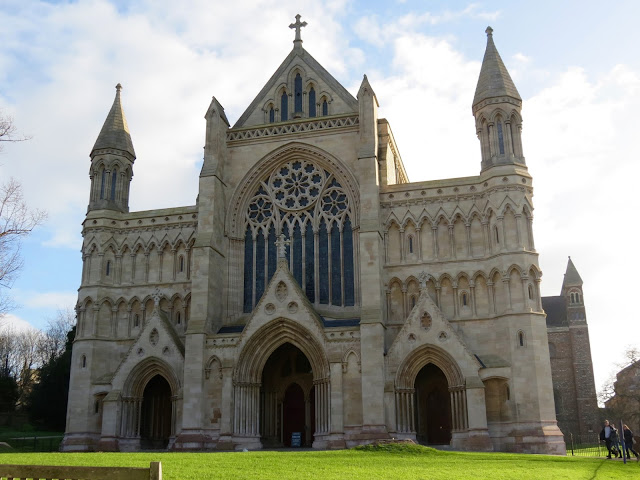 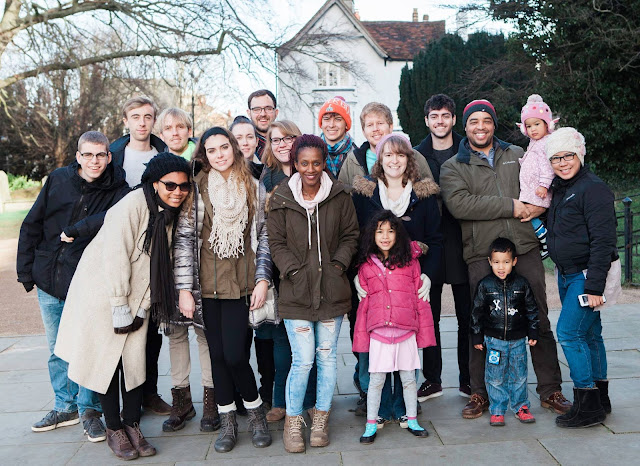 The Gang! *Photo by Nice Bowers

"Be strong and courageous. Do not be afraid or terrified because of them, for the LORD your God goes with you; he will never leave you nor forsake you."
Deuteronomy 31:6

Posted by Stephen Wright at 8:22 AM