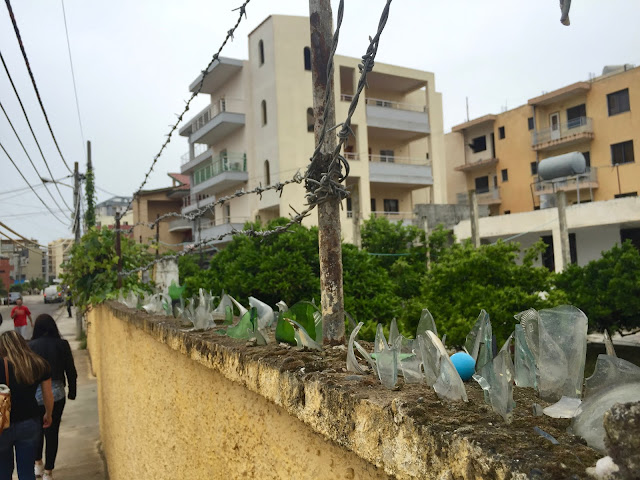 All the houses in Albania have protection of varying degrees - mainly barbed wire and broken glass on the walls!

This past week, we went back to the local school on Wednesday morning, and told the story of the Giving Tree.  We only had one translator with us that time, so all of us were in the same classroom together! 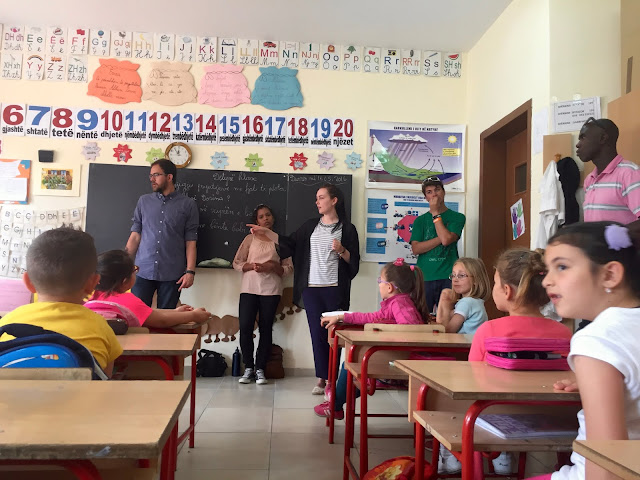 Sharing the story of the Giving Tree 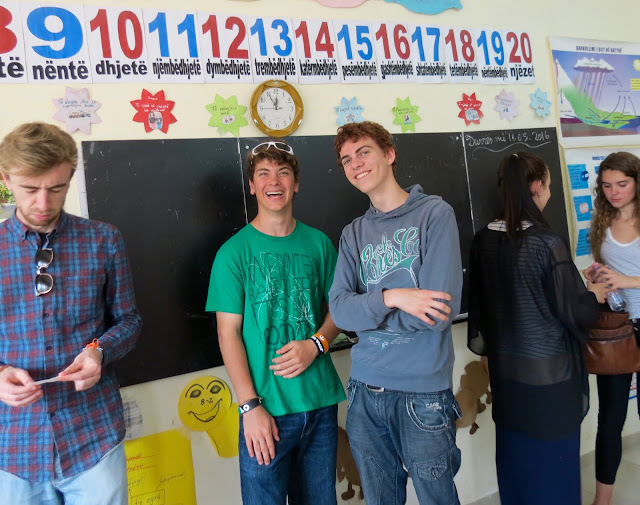 Waiting for the children! 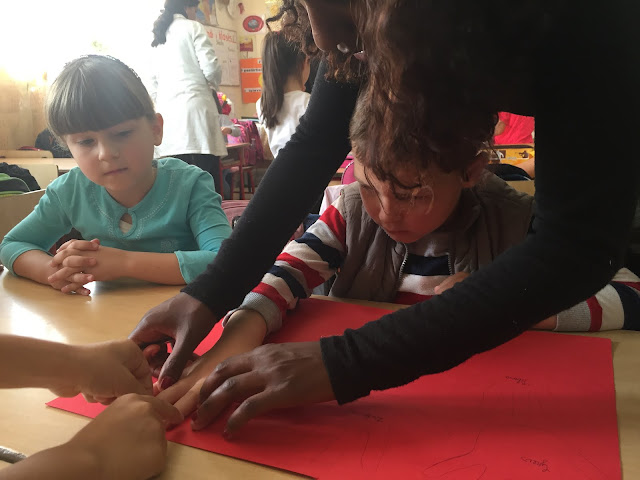 Helping trace hands for the craft! 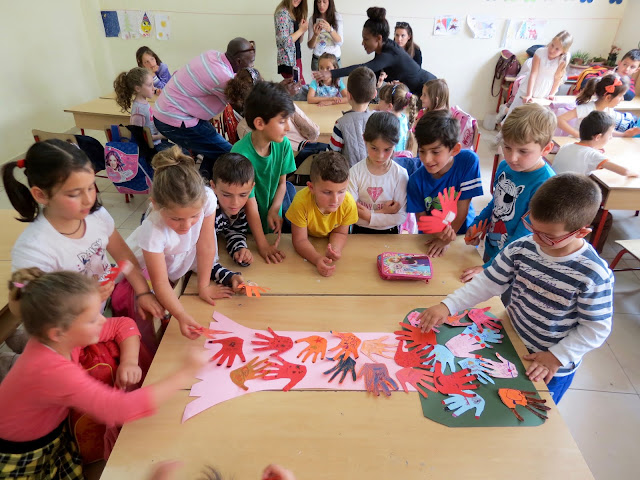 The children taping their handprints onto the Giving Tree 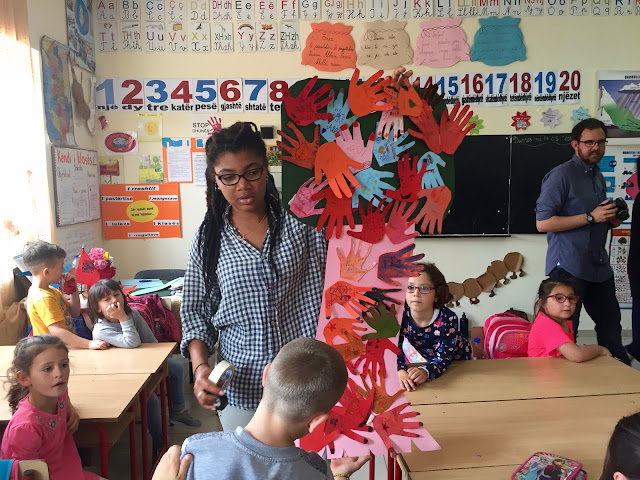 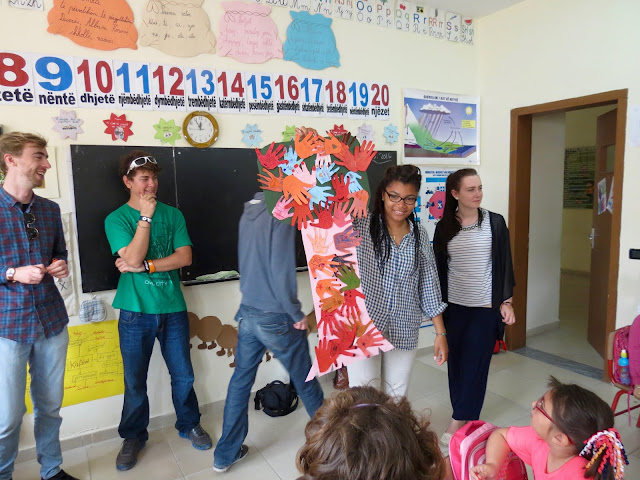 Monday, Tuesday and Wednesday afternoons, we had planned for the kids from last Friday’s event to come talk to us, hang out, play games, etc.  We had some good conversations with some of the kids and teens that came!

On Thursday, about half the group went into Tirana to pick up some Bibles (about ten thousand!), and the other half decided to do an evangelism scavenger hunt! As we were walking in a direction we felt led to head, we met a man who was formerly a mafia guy, we got the opportunity to share the gospel with him! He was a bit iffy about some stuff, so we said that if he wanted to talk more, he could come find us, as we’d be further down the street.  About 10-15 minutes later, he caught up to us, and wanted to find out more, so we went and had a coffee with him.  After sharing some of our stories, and telling him about Jesus, he decided that he wanted to have a relationship with Christ! It was an awesome time!

The rest of the week was spent evangelizing, doing practical work/work duties, and preparing for Elbasan. 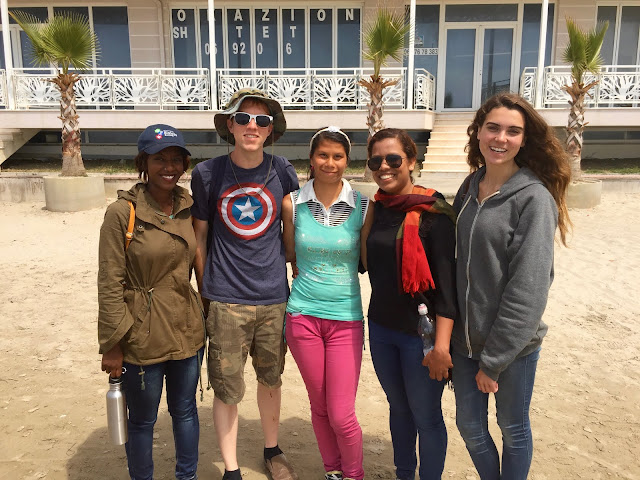 A group of trainees with one of the girls they met while evangelizing! 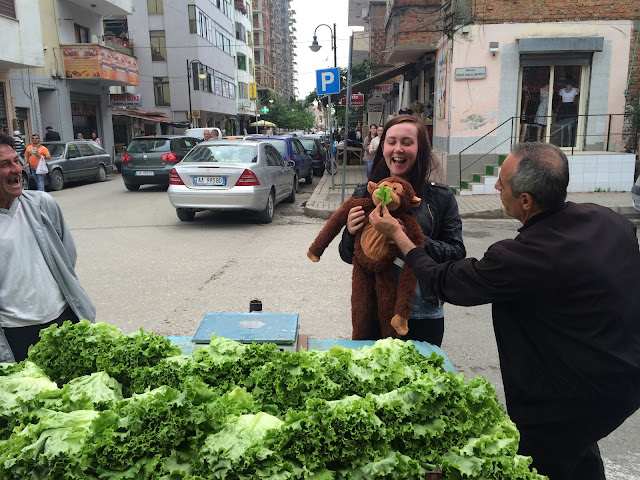 Being goofy with the stuffed monkey while evangelizing!

Moving the gazebo one of our trainees made!

Friday was our day off (because we left on Saturday for Elbasan), and we had a birthday lunch for one of the Durrës base leaders, and a surprise birthday party on the beach in the evening for one of our DTS staff leaders! It was a great day – we almost got stormed on – we were watching the rain come towards us, but thankfully, it passed by – watched the main city of Durrës get poured on! 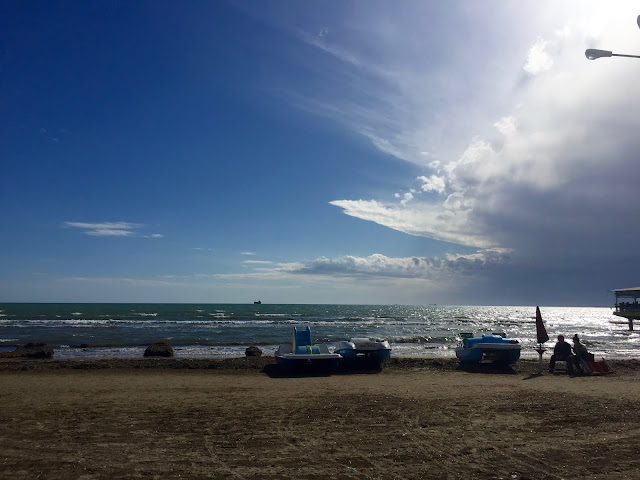 The storm was coming! 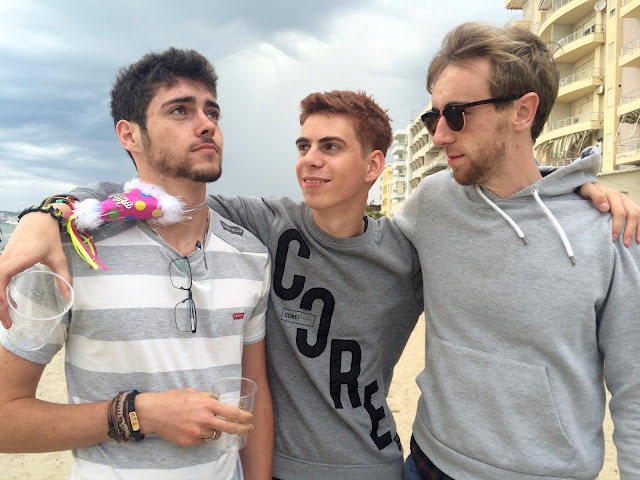 Some of the boys on the beach 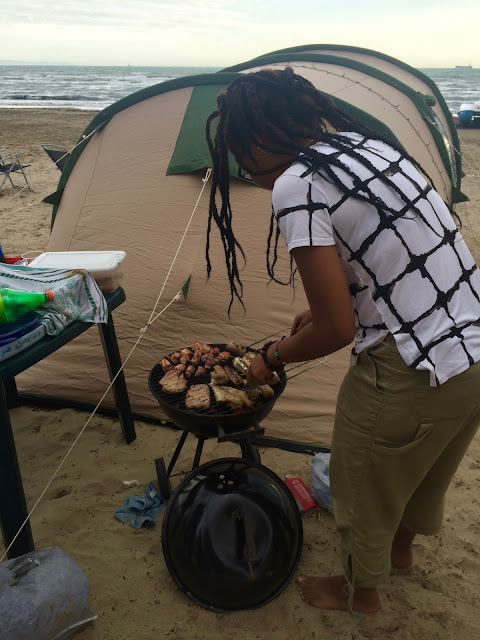 One of the trainees BBQing the meat

On Saturday, we said goodbye to the Durrës base (for the next 2 weeks), and headed to Elbasan.  We’re staying at a school-like building in the middle of a Roma community – very different to the base in Durrës! All the boys share a room (short 1 bed, so one person sleeps on the floor), all the girls share a room, we have a bathroom for all of us (and a squat-a-potty outside if we need it), and a kitchenette/eating room.  It’s a bit cozy, but it’s been great so far! Outside, we have a trampoline, basketball net, volleyball net, and other assorted outdoor activity things for the Roma kids to play with!  We went to the base leaders’ house for dinner, and got to know a bit of the background of the Roma (Roma people are different from Gypsies – they have their own language, are seen as the ‘low of the low’ in the general population, whereas the Gypsies interact and intermarry with the Albanians, are of Egyptian descent and do not have their own language).

A taste of what the local area looks like! Mountains, rubbish, stray dogs, loose livestock - it's all here!

Some of the children we'll be working with over the next few weeks! They weren't allowed into the base after we arrived, so they climbed the stairs of the neighbour's house! 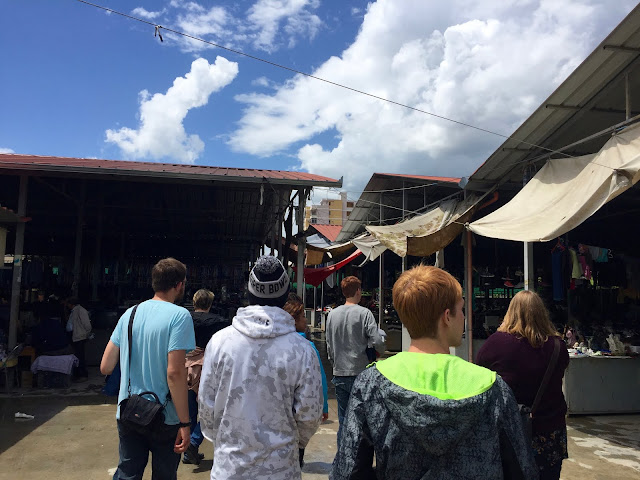 Taking a walk through a local market 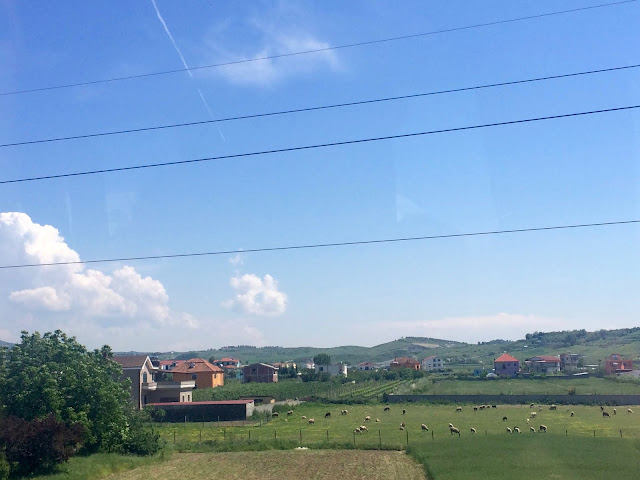 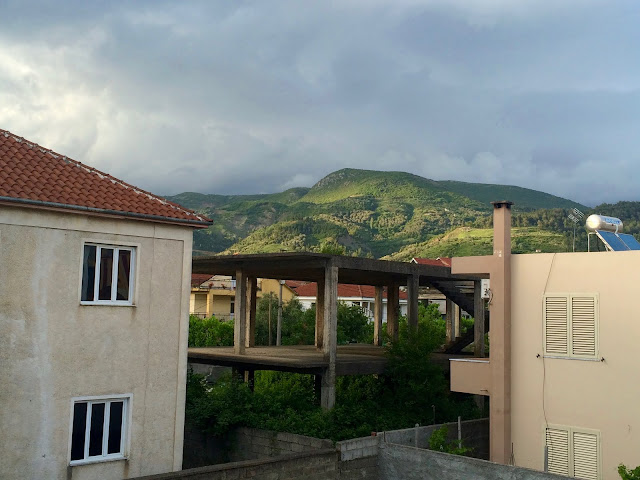 I love seeing the mountains everyday! 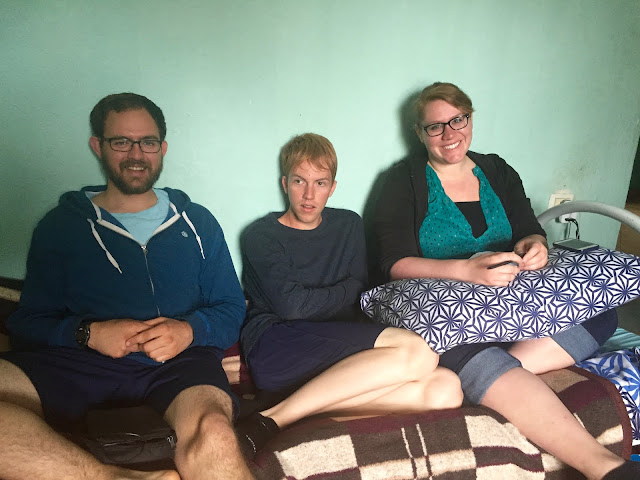 Team meetings are always fun when you cram the team into a bedroom!

"Who is a God like you, who pardons sin and forgives the transgression of the remnant of his inheritance? You do not stay angry forever but delight to show mercy. You will again have compassion on us; you will tread our sins underfoot and hurl all our iniquities into the depths of the sea."
Micah 7:18-19