If you are receiving this by email and can't read the text, please click on the url link to take you to the website, and you should be able to read it from there! 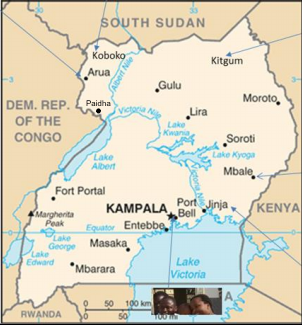 Hey everyone, Stephen “Muzungu” (white person) here! “Muzungu” is a common word I hear as I walk or ride a boda-boda (more on that later) down the street. The children shriek and point and yell “Muzungu! Muzungu! Hi!” Muzungu is not a degradatory term at all, it’s simply what the Ugandans call white people. 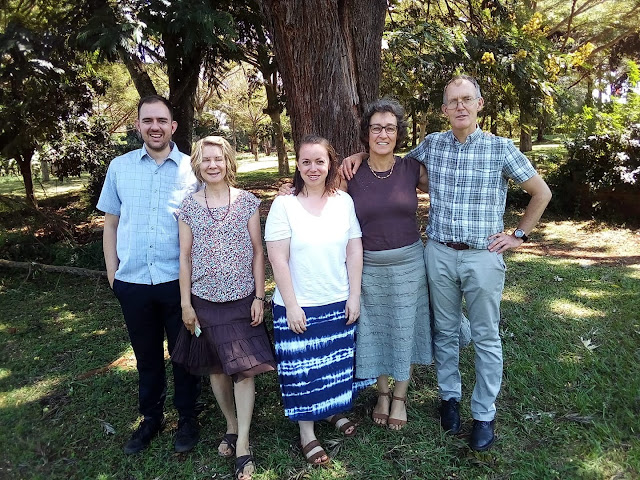 So, as you may have guessed, I’m well on my way through the Titus Project. In fact, I’m more than halfway through the school! Not quite halfway through outreach though. I’ve just finished my 3rd week in Uganda, and still have 4 weeks to go.  But it feels like I’ve been here for months!

Titus has been phenomenal. The idea of the school is to equip people who have done a SBS (School of Biblical Studies) with YWAM (Youth With A Mission) to be able to teach others how to use the Inductive Bible Study Method. (See earlier blog posts for details on the SBS). The core idea of the Inductive Bible Study Method follows 4 key steps: Prayer, Observation (what does the text say), Interpretation (what did the text mean for the original audience) and Application (how can the timeless truths be applied to our lives today. We also teach the Bible Overview (an overview of the story that the Bible teaches us), as well as other preachings, teachings and Bible Study groups. 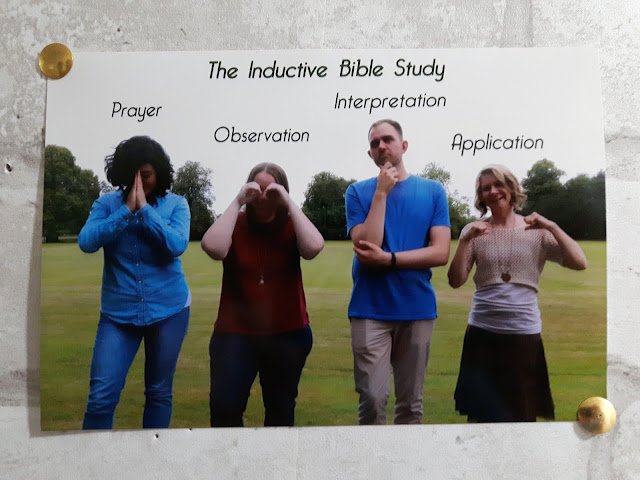 Titus Project trainees demonstrating the 4 steps of the Inductive Method 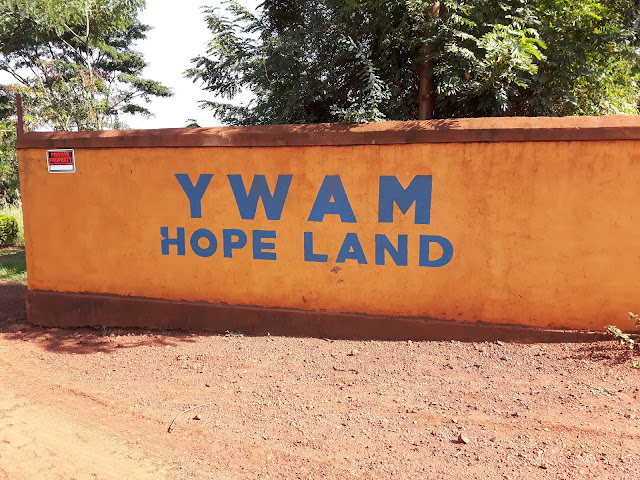 The YWAM Base we stayed at in Jinja


In Jinja, we taught in a remote village that was about a 30 minute boda-boda ride from the YWAM base. A boda-boda is a motorbike, and many people ride them here. It’s an easy and relatively quick method of transportation, as they can maneuver around stopped vehicles, potholes, and speed bumps. But I have to say, it took me a week to get used to riding them! They rarely wear helmets, and sometimes the drivers are on mairungi (a narcotic drug leaf that they chew). So you have to be careful about who you choose to be your driver! 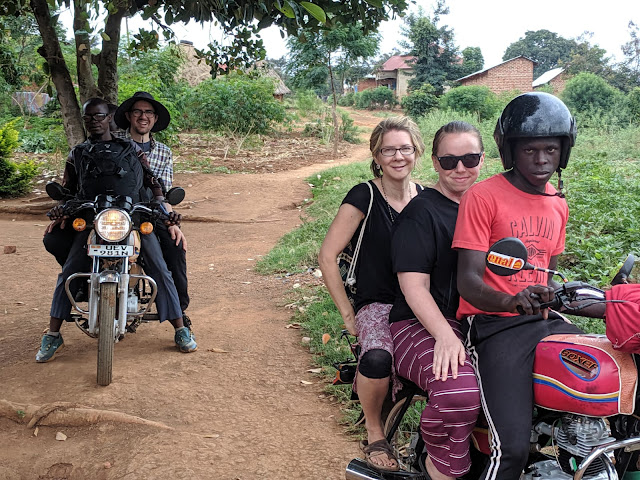 Arriving at the church on the boda-bodas

At the church we taught at that week, we truly learned about African time. We arrived a bit late, and there were only about 3 women in the room, and about 20 children ranging from about ages 0 to 6. We were a bit disheartened, but as we prepared, other adults slowly started to trickle in. By the time we had finished our teaching that day, the church was full. They were hungry for God’s Word! I found out on the 2nd day that many of them don’t have their own Bible because they are too expensive, and I was challenged in that I don’t even know how many Bibles I have at home that just sit on the shelf unused. I’m slowly recognizing how gluttonous the West is with all the stuff we own, and there are multiple families sharing just one Bible. 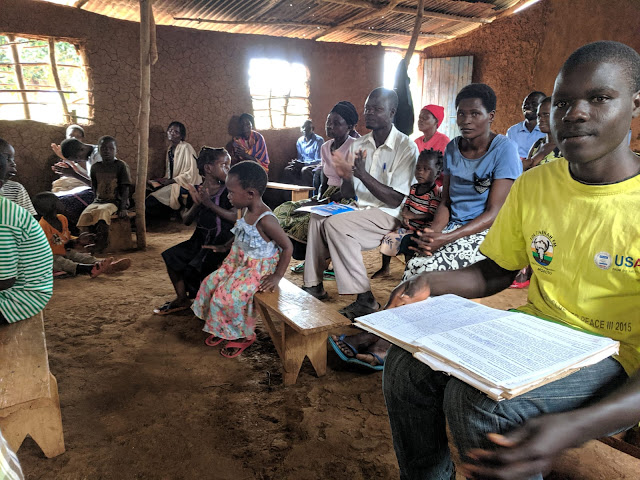 Members of the church that we taught at

At the end of the week, one of my staff and I went on a quick excursion to see the ‘official’ source of the Nile river that starts in Lake Victoria and ends in Egypt! It was a fun boat trip and I saw many new bird species. 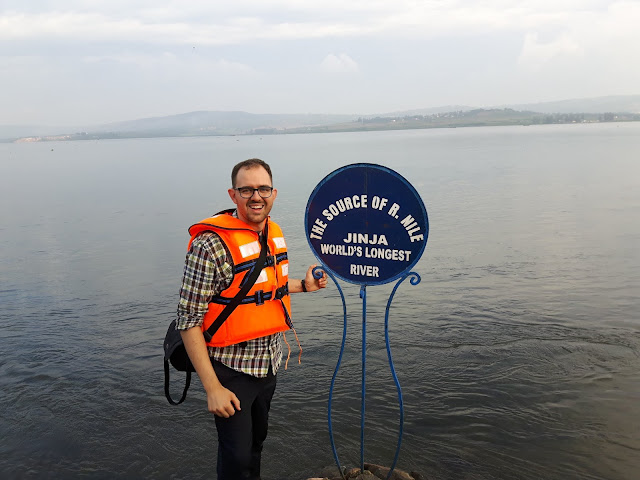 At the source of the Nile River!

The two of us then left on the Saturday to travel up to a remote village called Nyapea, near Paidha, up in the mountains! It was another long day of travel, leaving the YWAM base just after 7 am, and arriving at the place we were staying around 11:30 pm. That following week, we taught a group of youths (in Uganda, “youth” would be what Westerners call our teenagers and young adults). They were so hungry to learn! I was able to teach the Inductive Bible Study Method to them, and we went through Genesis 1-4, as well as 1 Kings 3:16-28. Our goal over the course of the week was to help the ZYDA youth to recognize who God is, His Character and Nature, as well as to start to work through some of the different conflicts in the Bible. We had been informed previously that there are many conflicts in Uganda. Uganda has the highest birthrate in the world, and families are large. However, parents can’t afford to send all their children to school, so maybe they only send the oldest few, or a select few. Conflicts arise between siblings because the ones who don’t go to school quarrel with those who do. Also, husbands may take the money they earn and go gamble it away, or drink it away, not bringing it home to the family, and conflicts arise between spouses. Also, husbands often leave their wives and children for another woman, and there can be conflicts between these two women. Many issues here! But as I reflect, these same conflicts show themselves in different ways in the Western world, so I’m not saying Uganda is any worse than other countries! The ZYDA youth were a blessing because there was also an inclusion of some deaf youth from the local deaf school, and they were able to become involved over the course of the week. I was really challenged that week by what I’m comfortable with. We slept in a small 1-room with 4 mattresses on the floor, so things were tight. We bathed over a bucket outside in the sunlight (but had some privacy). If you wanted to use a toilet, you needed to squat over a hole and try to go quickly before the flies came out of the hole and landed on you! Also, at the end of the week, my team leader who was with me caught malaria and was severely sick for a few days, which was unfortunate. But that allowed me to take a rest day and recover from the past 2 weeks, so it was a blessing in disguise! 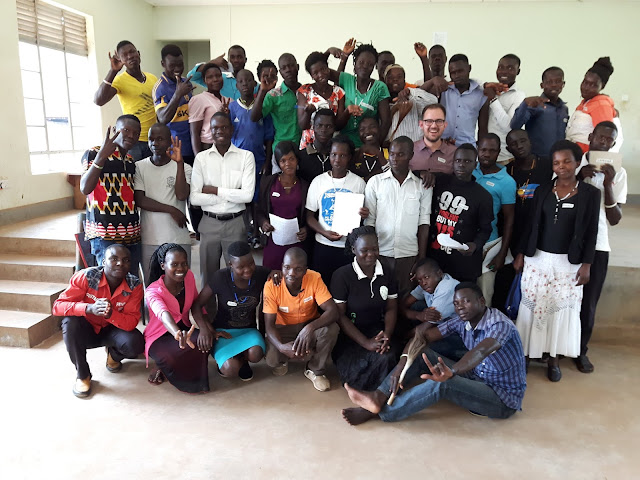 The ZYDA youth and members from St. Francis Deaf School 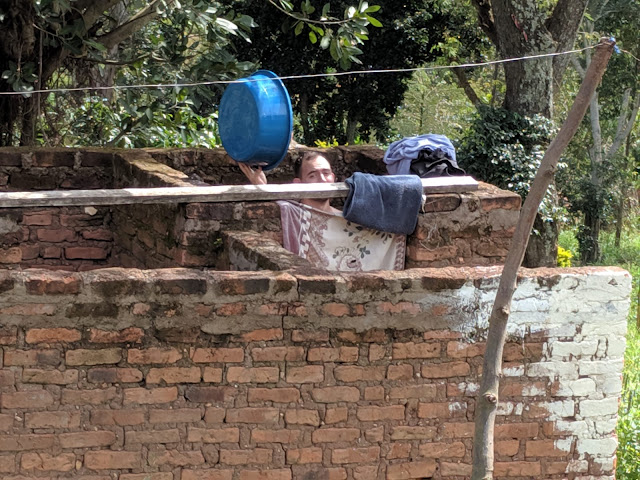 Learning to be comfortable with bathing outdoors!

At the end of that week, a team of us from the deaf school loaded into a matato (a 15 seater van – but always holds more people than there are seats – my first week in Jinja, I had the experience of having 23 people crammed into one! That was quite the experience), and headed to Gulu for the National Deaf Camp. The theme of the week was “Being the Light of the World”. It was a great week of teachings, Bible studies, fellowship and games. I taught the main session one day, and led Bible studies almost daily. There were nearly 120 people there over the course of the week! I have quickly picked up Ugandan Sign Language (USL)! It is very similar to American Sign Language, but with a mix of British Sign Language and the country’s own twist (apparently the first missionaries were the British, then later the Americans came bringing their sign language, and the two were incompatible, so the Ugandans adopted a mix of the two). I’ve been able to communicate relatively easily, but it is tiring communicating in a language I’m not fluent in, as well as trying to follow the Ugandan accent.

Teaching at the Deaf Camp

The group of us - Group Photos were terrible to try and get!

At the end of the week, we travelled from Gulu to Arua and rejoined the other 3 members of our team. They had stayed an extra week in Jinja while we were in Paidha and taught in another church. They then travelled up to Arua while we were in Gulu, and spent the week teaching in another church. Sunday was a much needed rest day for me, so I spent the day at a hotel reading, swimming and catching up with some writing. Rest days are important, otherwise it is very easy to burnout! Especially as we are in a new culture that is completely foreign to anything I am used to or comfortable with. 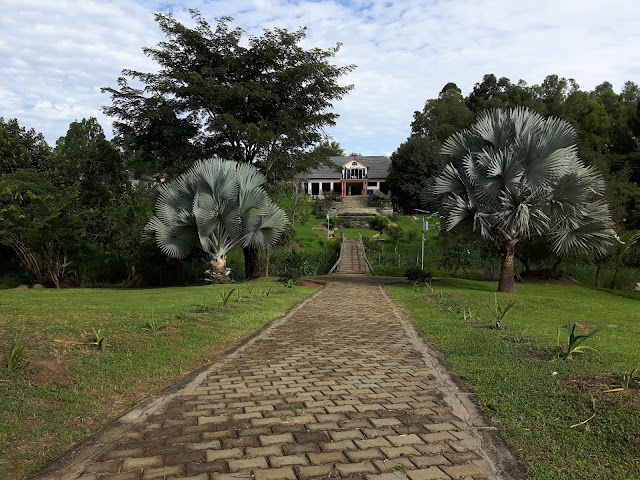 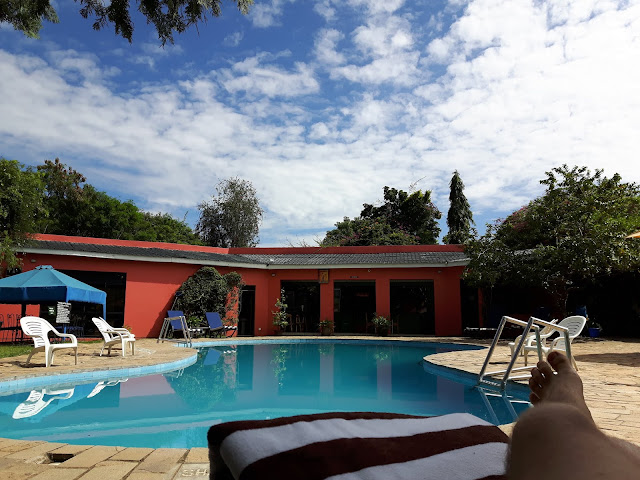 Rest day at the local hotel!

Posted by Stephen Wright at 9:29 AM